Lilian Baron known professionally as Lynda Baron, is an English actress, best known for playing Nurse Gladys Emmanuel in the BBC comedy series Open All Hours (1976-1985) and its sequel, Still Open All Hours (2013-2016). From 1993 to 1997, she played Auntie Mabel in BBC children’s programme Come Outside and in 2006, she starred as Linda Clarke in EastEnders, before returning from 2008 to 2009 and again in 2016. Baron was born in Urmston, Lancashire. She was originally trained as a dancer at the Royal Academy of Dance. Early in her career, she appeared in repertory theatre and several West End venues. Baron’s early television roles included small parts in Crossroads (1964), Up Pompeii (1970), Z-Cars (1971) and the British horror film Hands of the Ripper (1971). Baron appeared on television in BBC-3 (1965), a series in the vein of That Was The Week That Was, involving some of the same performers. She also alternated with Annie Ross as the resident singer on Not So Much a Programme, More a Way of Life (1965). Baron has taken part in the BBC science fiction series Doctor Who three times. She was heard as a singer in the 1966 serial The Gunfighters. She appeared in front of the cameras as Captain Wrack in the 1983 serial Enlightenment, and again in 2011 in Closing Time as Val. Baron is best known for playing Nurse Gladys Emmanuel in the popular BBC comedy series Open All Hours with Ronnie Barker and David Jason which ran for four series in 1976, 1981 to 1982 and in 1985, and was subsequently voted eighth in Britain’s Best Sitcom in 2004. In the 1970s and 1980s, Baron co-starred in the ITV sitcom Oh No, It’s Selwyn Froggitt! and the forgotten BBC sitcom A Roof Over My Head. She had small parts in Minder and Last of the Summer Wine. In 1986, she acted in a party political broadcast for the SDP-Liberal Alliance. Baron also appeared in the 1987 Christmas special of The Two Ronnies. Baron then went on to appear in the BBC Two comedy series KYTV. In the 1990s, Baron played Auntie Pat in five episodes of the ITV sitcom The Upper Hand (1992-93). Baron then went on to star in the children’s television series Come Outside (1993-97) playing Auntie Mabel, an everyday woman living in a bungalow, set in Denham flying round on various adventures in her spotted aeroplane with her dog Pippin. In 1997, Baron played Renee Turnbull in Coronation Street and took guest roles in Dinnerladies (1998), The Mrs Bradley Mysteries (1998), Sunburn (1999), Nancherrow (1999) and Goodnight Sweetheart (1999). Baron continued to work regularly on television and the stage in the 2000s, with credits including Fat Friends (2000-2005), The Bill (2000), Doctors (2000, 2006, 2010, 2011 and 2014), Peak Practice (2001), Holby City (2002 and 2006), Down to Earth (2005), Rome (2005) and Casualty (2009). Baron briefly appeared in the BBC One soap opera EastEnders in 2006 as Linda Clarke, the mother of Jane Beale. In September 2008, it was announced that Baron would be returning to EastEnders. She appeared regularly in the series from November 2008 to February 2009. On 8 April 2016, it was announced that Baron would return to the soap once again alongside John Partridge. She appeared on screen in May and June 2016. In August 2010, Baron appeared in an episode of Agatha Christie’s Marple on ITV. In September 2010, Baron appeared in a one-off television drama The Road to Coronation Street on BBC Four, a programme looking back at the early days of the British television soap opera Coronation Street. Baron portrayed actress Violet Carson who played Ena Sharples in the soap. Baron was nominated for the 2011 British Academy Television Award for Best Supporting Actress for this role. On 26 December 2013, Baron reprised her role in a special one-off episode of Open All Hours on BBC One, entitled Still Open All Hours. In December 2016 Baron made a guest appearance in a Christmas special of Citizen Khan and in January 2017 she appeared in an episode of Father Brown. In 1966, Baron married her husband, John M. Lee. They have two children, Sarah and Morgan. 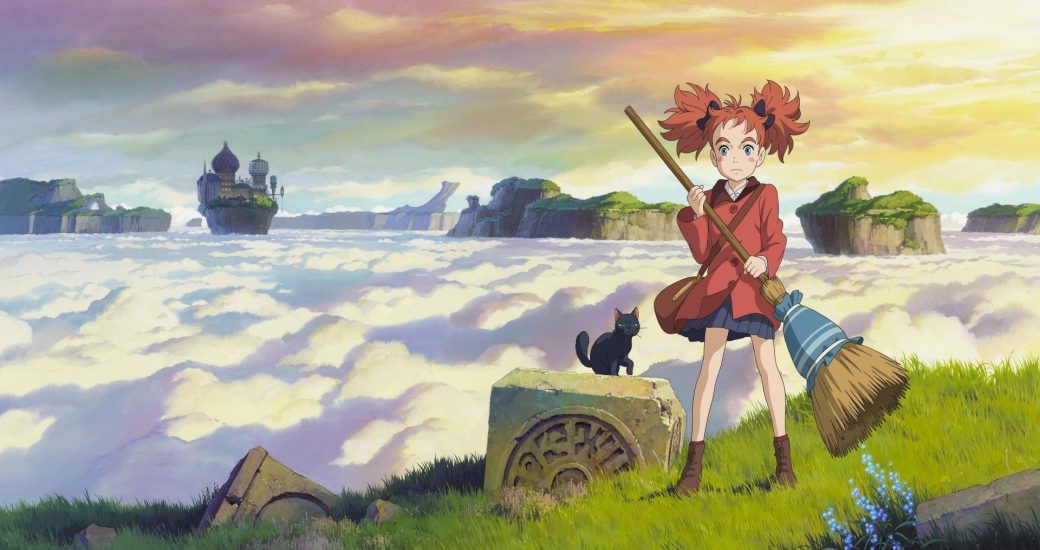 Trailer: Mary and the Witchs Flower