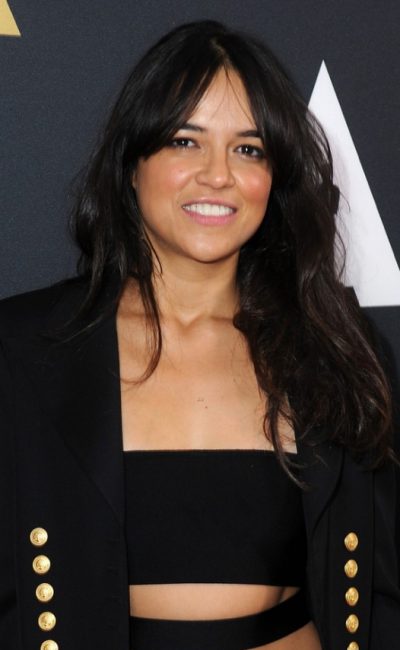 Known for tough-chick roles, Michelle Rodriguez is proof that there is a cross between beauty and brawn. She was born Mayte Michelle Rodriguez on July 12, 1978, in Bexar County, Texas, to Carmen Milady Pared Espinal, from the Dominican Republic, and Rafael Rodríguez Santiago, who served in the U.S. Army and was originally from Puerto Rico. Michelle always knew she was destined to become a star, she just didn’t know how to get there. Michelle lived in Texas until the age of 8 when her family moved to the Dominican Republic where she lived for two years before moving to Puerto Rico. At 11, Michelle’s family relocated for the last time to Jersey City, New Jersey. Although she has been working since 1999 as an extra in such films as Summer of Sam (1999) and Cradle Will Rock (1999), it only took a magazine ad announcing an open casting call in New York for Michelle to decide to finally step into the spotlight. The role was the female lead, the movie was Girlfight (2000). Despite the lack of experience in film and boxing, Michelle auditioned, along with another 350 girls. After various trials inside an actual boxing ring and five arduous months of training in Brooklyn’s Gleason’s Gym, she was finally chosen to portray the role of Diana Guzman. As soon as the independent film began making the rounds at various film festivals, Michelle began gaining critical acclaim for her performance earning her awards like the Deauville Festival of American Cinema award for Best Actress and the Las Vegas Film Critics Society for Female Breakthrough Performance. As Girlfight (2000) continued to gain notoriety with its September 2000 release, Michelle was already hard at work with films like 3 A.M. (2001), the blockbuster hit The Fast and the Furious (2001), and Resident Evil (2002). With Hollywood calling her name, the future for this feisty Jersey girl is as strong as the punches she throws.